Good morning, students. I'm back. Not to talk about the beeps that breed hypocrisy— that kind of got me into trouble with the powers that be haha — but to delve deeply and confidently into how a new kind of collective fear, death by Corona, is milked by governments around the world to push agendas and treat us like puppets at our own request. But first allow me to introduce you to my cat and confidant, Mongo, who is luxuriating on my infamous couch in these dire times. Not a word about my Corona haircut.

Okay, remember what I said about Orwell's dystopian masterpiece 1984 back in December and how the world it depicts had well and truly arrived? Well, consider this the long-awaited sequel to that ill-received lecture. Let's just say you don't have to be a rocket scientist to understand what is going on in the world today, though I'm afraid being a hairdresser doesn't quite... cut it.

I love this button.

Spared no expense. I used to be a DJ and this is by far my favorite button to press. That is, except for Professor Rumbold's buttons. I like pressing those.

I feel a bit like a webcam girl. Let's see if I can locate him om my screen. Professor Rumbold, where are you hiding? Online teaching breeds patience, boys and girls, so bear with me while I scroll through my list of attendees. Ah there you are! You're keeping your camera switched off, are you? Could your Corona haircut be worse than mine?

Wait. I should press another button. You're ruining my laugh track.

That's the one. Did you know that the Journal of Personality and Social Psychology published a story back in 1974 which concluded that viewers were likely to laugh at jokes that were followed by canned laughter? I wonder if Professor Rumbold is laughing right now.

But I digress. Step one is to make all constituents very, very afraid — because, you see, fear breeds compliance, which every fascist ruler knows is... GOOD. Fear breeds compliance. I don't know that all of you appreciate the implications of that sentiment. What we have been dealing with these past months is mass hysteria. Isn't it sadly comical that we have all read or heard about mass hysteria in countries far away at a time when people were, clearly, gullible and ill-informed but we fail to recognize our own collective behavior in the year 2020 for what it is: mass hysteria? According to The Medical Dictionary, mass hysteria is "a socially contagious frenzy of irrational behavior in a group of people as a reaction to an event." Well, does that ring a bell or does that ring a bell?

In our government's defense, they probably didn't know what they were dealing with or how to respond to it, but now it's clear that the virus is not the killer virus that was going to kill off 20% of the population of the planet Earth. The number of deaths is 524,000, which is 0.00007% of the world population.

Even if that number were ten times or even a HUNDRED times higher, this so-called 'killer virus' would still be unworthy of that fear-inducing name. It isn't Ebola. Yet here we are, terrified and traumatized, and governments and their media puppet shows want us to remain very, very afraid. My own mother refuses to see me. She is that terrified. And something tells me that all of you WANT to ignore what 0.00007% really means. Something tells me you don't want to know it's only 0.00007% of the world population because you have been watching the news. It has got to be worse.

So step one is to make everyone afraid.

Step 2 is to make your constituents believe that social distancing is good and that hugging your friends and family is bad. Make your constituents believe that social distancing should be imposed by the law and that breaking this law should be severely punished. Mind you, we are treated like puppets at our own request. We allow the government to limit our personal freedom because we need a parent to look after us. We need a parent who tells us what is intelligent and what is not. Meanwhile we watch the news and count the number of deaths on a daily basis. Limit us, government. Do whatever it takes to keep me alive. Even if that means not seeing my relatives, not hugging my own mother until who knows when. It's fascist, but we don't recognize it when it's staring us in the face. Well played, Big Brother.

I love this button.

So mass hysteria is good. It allows governments to push their agenda and tighten the reins in the name of the greater good, even if new insights should in fact allow these reins to be loosened or destroyed altogether. We want to feel safe. We believe the hype. We believe what we THINK we witnessed on TV. Don't be gullible, boys and girls. Be critical. Don't be lazy. Do your own research and draw your own conclusions. Room 101 exists, and Big Rumbold is watching us. Look, there he is, hiding behind a switched off camera grinding his teeth, hating me, hating you for listening to a story that deviates from the one the powers that be choose to cling to. Big Puppet is watching you.

Oh wait... He is typing something in the chat. "Professor Blue." I didn't know sheep could type.

I apologize. I meant Big Rumbold.

I didn't know he could type. I do know he can't kick me out a fourth time. I'm online, brother! You can't stop me! I'm online!

How about that? He can type you. What about me?

Yes? The suspense is killing me!

[Professor Blue wakes up in a cold sweat.]

HAPPY 4TH OF JULY EVERYONE! 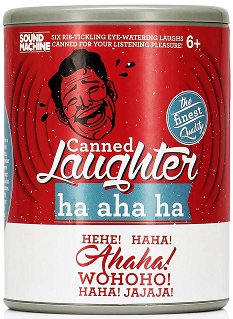 Posted by Blue Grumpster at 7:04 AM